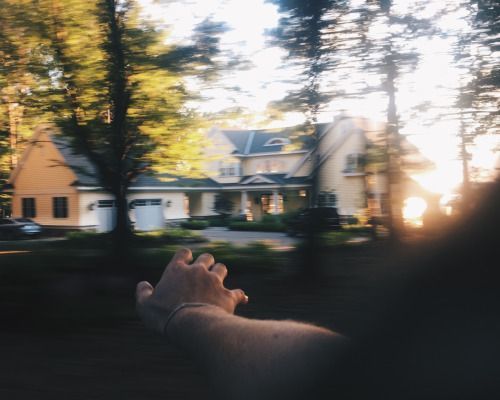 “people are prettiest when they talk about something they really love with passion in their eyes.” k.v.h.

*when you watch so much of one Youtube channel, you want to start out your blog post the way they start their videos* Please tell me I’m not an unhealthy troll.

I’m actually really excited to write this post because I haven’t done a #ramblingweirdness post in SUCH a long time, and I just wanted to sit down, and just talk to y’all about life, although these are the times I wish I could actually have a Youtube channel because it’d be so much easier to ramble without having to type everything because sometimes my fingers’ brains die. But seriously, I do want to start a Youtube channel, I just don’t have the time to which sucks but y’know whatever WHAT’S GOOD FRIENDS. But yeah, I just feel like my thoughts would be more fluent if I were saying them out loud, especially my weird and awko-taco humor. Or maybe I’m just doomed to a life of awko-taco-ness and that really can’t be avoided at all. What if it’s not even humor and I’m just tricking myself and I’m actually just weird and all my friends are being paid to be my friends. OH WELL. I LOVE THEM SO MUCH, I DON’T EVEN CARE IT DOESN’T MATTER IF THEY’RE BEING PAID BECAUSE I LOVE THEM SO MUCH. AGH.

So anyways, I’m basically gonna talk to you guys about my friend drama in high-school. Well, not the drama because that would be WAY too much and WAY too irritating for me to dig back up SO WE’RE JUST NOT GONNA TALK ABOUT THAT, OKAY?? Instead, let’s talk about tacos. Because you can never (and I mean never) go wrong with tacos. And that’s the tea.

No actually, I am going to talk about my friends, but in like a really sporadic indirect way because I’m gonna talk about my Awkward Stages Throughout Highschool ™.

I graduated in June, which is kinda weird because I still feel like a fetus but whatever, and I can literally look back at those good ol’ days and either die of laughter or die from cringing so hard. Because lemme tell ya something, sweetheart: those days were rough as guac. I can just… if I think hard enough I can feel the negative vibes that surrounded my energy during that time and I’m like oof what was I thinking. How was that okay. It really wasn’t. Shoot.

So let’s start with freshman year, ninth grade, the first year of high school. Because I was an official teenage nightmare, my parents decided it was time for me to have my first human interaction outside of my biological family. Just kidding, I once interacted with a goat (who was a male *everyone gasps*), I’m not THAT sheltered. Please. My sister and I started going to a homeschool co-op nearby in hopes to find other beings our age and possibly a mate for life. (Just kidding) (I’m only saying “Just kidding” because it didn’t work and we are both particularly single) (which we are not actually upset about, I’d just like to point out that this particular co-op was especially lacking in the “mate for life” category…) (although I am sure many have met there and have actually tied the knot, which in their case, good for them, but my personal experience was a flop and I may now be destined to a life of solitude unless I find that goat again). Back to my horror story.

It was freshman year, which many people may know to be one of the hardest years of high school since you’re having to figure out the waters and meet new people and make new friends out of these new people, which is especially intimidating if you went to a co-op after living under a rock, on a lonely street, countries away from civilization, like me. SO YOU CAN IMAGINE MY APPREHENSION WHEN WE WENT TO OUR FIRST CLASS.

My sister sat in the back because obviously we’re not gonna sit near the teacher or any of the other adolescent humans in the room because that would be suicide. We stayed quiet, whispering only to each other and mostly sized the other adolescent humans up As if we were going to engage them in combat. That kind of sizing up. It wasn’t so bad, I learned which kids I wanted to avoid (which, PLOT TWIST, those same kids became my buddies later on in the year), until the moment had arrived. My first interaction with an adolescent human, and get this! It was BOY *and all the sheltered Christian girls reel*.

Yes, no really. This BOY tried to talk to us, just making a joke, tryna loosin’ himself and the air around him up (because it totally wasn’t the two awkward Asian girls beside him that were making the energy in the room really stiff and uncomfortable, no no they were very relaxed), do you know what these completely worldly-wise girls did? Do you know what I did??? I snubbed the lad. Straight up ignored whatever stupid comment he had made because WHEN YOU LIVE UNDER A ROCK, YOU’RE NOT USED TO HEARING OTHER PEOPLE TALK TO YOU AND YOU KINDA FREAK OUT ESPECIALLY IF THEY’RE OF THE OPPOSITE SEX AND YOU DON’T KNOW IF THEY’RE HITTING ON YOU OR NOT BECAUSE YOU’VE NEVER BEEN HIT ON AND YOU’VE NEVER ACTUALLY TALKED TO A BOY THAT’S NOT A BLOOD-RELATED BROTHER OR GOAT. SO. YEAH.

Looking back, I just die laughing because this guy and I are actually chill now, but back then I would look for reasons to avoid interacting with him because I thought he was constantly flirting (which he wasn’t, he was just a goof tryna make some awkward people laugh, it was fine). But that just sums up my entire social experience freshman year. Awkward and unsure and constantly blowing things up to be bigger than they really were, only to learn afterward that they weren’t that important or tragic or wonderful.

And by the end of that year, in spite of my crusty social skills, I had actually made a couple of friends (and I thought I was the coolest kid to walk the halls). I just had to taste the water, kinda get used to it, but once I was submerged, I swam like a naked frog. It was a delicious feeling, this socializing and interaction with fellow Earthens (this was also the time I discovered I was indeed an extrovert and started to resent my under-a-rock-abode).

Freshman year was fun and fresh and I liked it a lot (I just die laughing at how awkward I was around other people). I met some of my closest friends (absent a mate for life) now and overall it was just a great growing experience for me as a person. I learned a lot about myself and the world and just people in general and I will always remember those days fondly because although I was an awkward bean, we were all awkward beans and we were all learning and growing and doing dumb poo and making stupid jokes and just aghh. I had so much fun with all of those crazy kids, I really did. *cringe* Just remember: nothing matters that much in freshman year. Really. Trust me on this.

Until next time, friends, stay weird because cool kids are only cool when they call themselves that but the weird kids are weird to everyone and that makes us special.

i love hearing all of your thoughts... just, please be friendly :) Cancel reply

This site uses Akismet to reduce spam. Learn how your comment data is processed.